To support the Mindspace Podcast:

You can listen and watch to the podcast here:

“The real medicine is the therapeutic relationship and psychedelics beautifully amplify that.”

In this episode of the Mindspace podcast, Dr. Joe speaks with Dr. Rosalind Watts. Dr. Watts is the clinical lead of the Imperial College of London’s Psilocybin for Depression trials. Most recently, she designed the treatment protocol for and served as a guide for participants in a study comparing psilocybin to an antidepressant at the Centre for Psychedelic Research at Imperial College London. This study was published in the New England Journal of Medicine. And she is also a consultant psychologist for Small Pharma who are investigating DMT as a treatment for depression.

She is a clinical psychologist for more than 6 years, and now specializes in psychedelic-assisted psychotherapy. She is the clinical director for the Synthesis Institute, an organization dedicated to “training practitioners to safely, ethically and effectively support people on a journey for healing using truffles containing psilocybin.” She co-hosts a monthly Psychedelic Integration group, alongside Michelle Baker Jones for participants of psilocybin clinical trials. And she will be launching Twelve Trees Integration, a new 12 month psychedelic community integration program for anyone who has experience with psychedelics.

More information on this program will be posted on her site in the near future and you sign up for the waitlist there as well: drrosalindwatts.com

Here is more information on subjects mentioned in this episode: 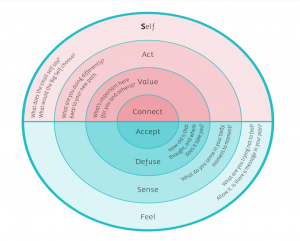 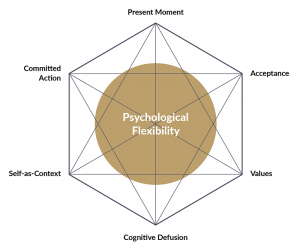 More quotes from Dr. Watts from the interview:

“The psilocybin experience is kind of a spring or summer opening, and there will inevitably be autumn and winter. You can think of depression as deep rest, and ‘I will allow myself this time of darkness. But I don’t need to get stuck in this winter forever.’

That’s the thing where depression becomes incredibly debilitating when the hope is lost and people feel that they’re not going to be able to move through it. I think that’s where it becomes so painful.”

“A lot of people describe antidepressants as numbing them. They’re not going into the depths, and they’re not learning from those places. Psychedelics give us the opportunity for a deep adventure.”

“Psilocybin enables people to go to those dark places and go through the cycles. The thing about antidepressants is that people say that it numbs them. It’s cutting off the peaks and the troughs of experience. So they don’t go to the winter. They’re kind of in a limbo land. They’re not going into the depths, and they’re not learning from those places.”

Here are some highlights of their conversation:

It’s interesting listening to that story because when you said that when the depression comes back, part of me wants to say, ‘well, wait a second. These people did psilocybin and isn’t one session of psilocybin a life-changing mystical experience? Depression is cured. It’s like surgery. Let’s get on with it. Get it into the drinking water so people don’t feel depressed anymore.’

That’s not really what happens. Is it?

No. I actually just felt a tear coming to my eye when you said that. I had this real surge of emotion because I remember that narrative and really thinking that was going to be the way forward. The experience of working with people long term showed me that it is absolutely not. We wish it was, but the depression came back for everyone that I was still in touch with. There may be a few people for whom it really, really shifted something and have stayed, but it was just a very small number of people. I’m talking out of like 80 people, maybe three or four. And yeah, for most people, it comes back.

The metaphor that I really started working with and the one that has kind of been the foundation for the work I’ve done since is of the cycles of nature and the seasons in nature and the fact that, you know, starting to think about a psilocybin experience as a kind of spring, summer opening. And then there will inevitably be autumn and there will be winter. And it doesn’t really happen in that linear cycle, but that we all go through the cycles of spring, summer, autumn, and winter.

Trying to hold onto the idea of constant summer is so typical of our culture because we want the never ending sunshine and the kind of consumerist dream of like we can find a way to rig this show and be always happy. But if you think about like the cycle of nature and the course of a day, we go from day to night and the course of the year we go from, you know, well, in the parts of the world where you have seasons.

That cycle of dark and light is so fundamental to nature and to us that rather than lamenting on the fact the psilocybin experience benefits tend to fade, I thought, ‘Well, we can embrace this because there is a time of hibernation. There’s a time of sitting and waiting and resting.’ Thinking about depression as deep rest and allowing that process of ‘I don’t need to get stuck in this winter forever. I can move through this cycle, but I’m going to allow myself this time of darkness. I think it’s just about not getting stuck.

That’s the thing where depression becomes incredibly debilitating, when hope is lost and people feel that they’re not going to be able to move through it. And I think that’s where it becomes so painful.

I’m feeling a bit of a need to recalibrate here because if we are just cycling through the seasons in our emotional lives, what the hell is the point of all this? It’s like, maybe, SSRIs are good enough as the New England Journal of Medicine article seems to suggest. Maybe especially if it’s paired with some kind of therapy. There are lots of therapists out there that can provide this work.

Why do we need the fireworks, the hallucinations, the mystical experiences? Like what’s all the hype about then? What is psilocybin in the context of a therapy actually bringing that’s unique and different and worthy of all the hope and promise?

Very, very good question. And I think it is that it enables people to go to those dark places and go through the cycles because the thing about antidepressants is that what people describe about them is that it’s numbing them. It is cutting off the peaks and troughs of experience, but they didn’t go to the winter. They’re kind of kept in a kind of limbo land and they’re not going into the depths of it and really learning from those places.

And I’d say often with good talking therapy, you can really get down into the shadow. Which is, you know, often the winter, the kind of the underworld, you can get down there. But it’s really hard. And what I’ve learned about depression through this work is that I used to think about depression as like deep grief and sadness, like deep winter. But actually, I think for a lot of people depression is just numbness and stuckness and feeling nothing.

So actually being able to go to grief, being able to go down into that deep, dark cavern of despair that we all have, some people to a much greater degree, and really swim around in those deep dark waters, but also connect. That’s the acceptance: going down into the water. And then there’s the connection to values. So in that cycle of going down and going up, going around, it’s like you can become–you can embrace a cycle of, ‘I will accept my darkest feelings. I’m willing to feel them. I can open up to them. And when I’ve done that, I’m going to connect to the values of what that teaches me. And every time I go through the cycle, I’m learning more. I’m getting more gifts. I’m getting more resilient.’

And as you go through the cycle, you kind of hopefully come out the other side, wise, experienced, able to hold pain, and connect to beauty rather than with other traditional, well, kind of antidepressants. Obviously, for some people, they just work brilliantly, but for a lot of people, antidepressants, you’re not going on these big journeys of acceptance and connection. You’re just kind of staying in numbness.