Hiring a professional coach? Here is a new twist.

For decades now, coaching in organizations and leadership settings has proven to be a powerful strategy for helping people with a wide range of needs grow and develop. Many studies have confirmed benefits such as:

The evolution of the coaching models

Throughout the years, a number of ICF-accredited coaching approaches have shaped the practice based on valuable and complementary models, such as ontological coaching, narrative coaching, and integrative coaching, to name just a few.

Many of these approaches include a strong focus on increasing our emotional intelligence which includes developing qualities such as self-awareness, emotional agility, self-efficacy, empathy, and social connexion.

Today, an emerging model is being integrated to support coaching approaches: mindfulness-based coaching.

Mindfulness practices have been around for thousands of years in many cultures. In recent decades, however, they have been studied and adapted to identify the key mechanisms that help individuals to stabilize their minds.

One good example is Daniel Goleman’s work. The author, who popularized the concept of emotional intelligence, is now using mindfulness as a pathway to increased self-awareness and self-regulation, highlighting the benefits of this practice in his literature review of thousands of studies on the benefits of mindfulness.

In time and with practice, mindfulness teaches the mind to go beyond automatic reactive behaviours to more deliberate, purposeful, and values-driven responses.

What is Mindfulness-Based Coaching?

Mindfulness-Based Coaching is a type of mind training that supports the development of vertical competencies, which are more transformative in nature, to strengthen the development of other key competencies such as critical thinking, collaboration, influence, conflict management, and many others often found in typical and increasingly “commoditized” competency profiles.

Mindfulness-based coaching is therefore not revolutionary; rather, it is evolutionary. It taps into ancient wisdom and recent findings in neuroscience on how the brain operates. It stimulates the potential of neuroplasticity to actually change what in the past was believed to be fixed and hardwired into our brains.

Changing any habit or behaviour is challenging. Increasing one’s self-awareness through both cognitive and somatic practices is proving to be a powerful catalyst to sustainably improve well-being and performance, with the support of a professional coach. This often becomes a strong catalyst to address priority development objectives identified in the coaching relationship as well as expected business results.

Although studies on mindfulness in the workplace are only beginning to emerge, initial findings and personal experience suggests the following benefits:

How to choose a Mindfulness-Based Coach

Mindfulness not only serves clients, but also supports coaches in building their own competencies, such as those stated in the ICF Core Competencies, to best meet their client’s developmental objectives.

Interested to get a mindful-based coach? Meet Mindspace coaches 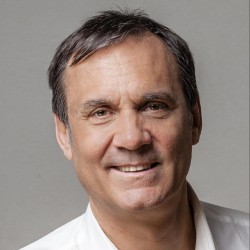 Carl Lemieux is a registered Workplace Psychologist and holds an Executive MBA. He is a qualified mindfulness instructor and managing partner for Workplace Well-being at Mindspace Well-being in Montreal.
See All Articles